It is a common practice to attach a transponder to various underwater assets (both static and mobile) for short and long term field deployments. These transponders can act as a beacon that can be utilized for localization. An underwater vehicle (e.g. AUV, ROV) will be able to do sequential ranging to find the location of the transponder during a search and rescue operation.

Normally, specialized transmitters are required to send a signal to these transponders to trigger a response. However, due to the software defined nature of Subnero modems, it is fairly easy to develop an application that will query a transponder and calculate the range information.

In this post, we showcase a fully functional transponder ranging application used to ping an Applied Acoustics 219A transponder and calculate the range to it from the recorded signal. This work has been presented in M. Chitre, R. Bhatnagar, M. Ignatius, and S. Suman, “Baseband signal processing with UnetStack,” in Underwater Communications Networking (UComms 2014), (Sestri Levante, Italy), September 2014. (Invited).

An Applied Acoustics 219A transponder is set to receive a 22 kHz tonal. We send a 5 ms long 22 kHz pulse without preamble (preambleID set to 0) using a TxBasebandSignalReq from UnetStack’s baseband service. This will trigger a response at 30 kHz after a fixed delay of 30 ms. We also initiate a 500 ms long baseband signal recording using RecordBasebandSignalReq to make sure the modem records long enough to have the response from the pinger.

The captured signal is then Hilbert transformed to do envelop detection. We use thresholding to find the start of the received signal. We also retrieves the txTime from txntf. Using these two timings, we calculate the range to the transponder.

This application is developed using Jupyter Notebook, in Python using the UnetPy framework.

Connect to the modem

Using the unetpy gateway, connect to the modem’s IP address and subscribe to physical agent.

Flush the modem to clear its internal buffers

Generate the signal to be transmitted

We use the cw function from arlpy signal processing toolbox to generate a 5 ms long 22 kHz tonal.

Using arlpy’s plotting utilities, we plot the time series and marked txTime. Note that we can see the transmitted data (saturated) in the recoded passband signal time series. In the PSD, we can see both transmission (22 kHz) and received tonal (30 kHz) clearly. 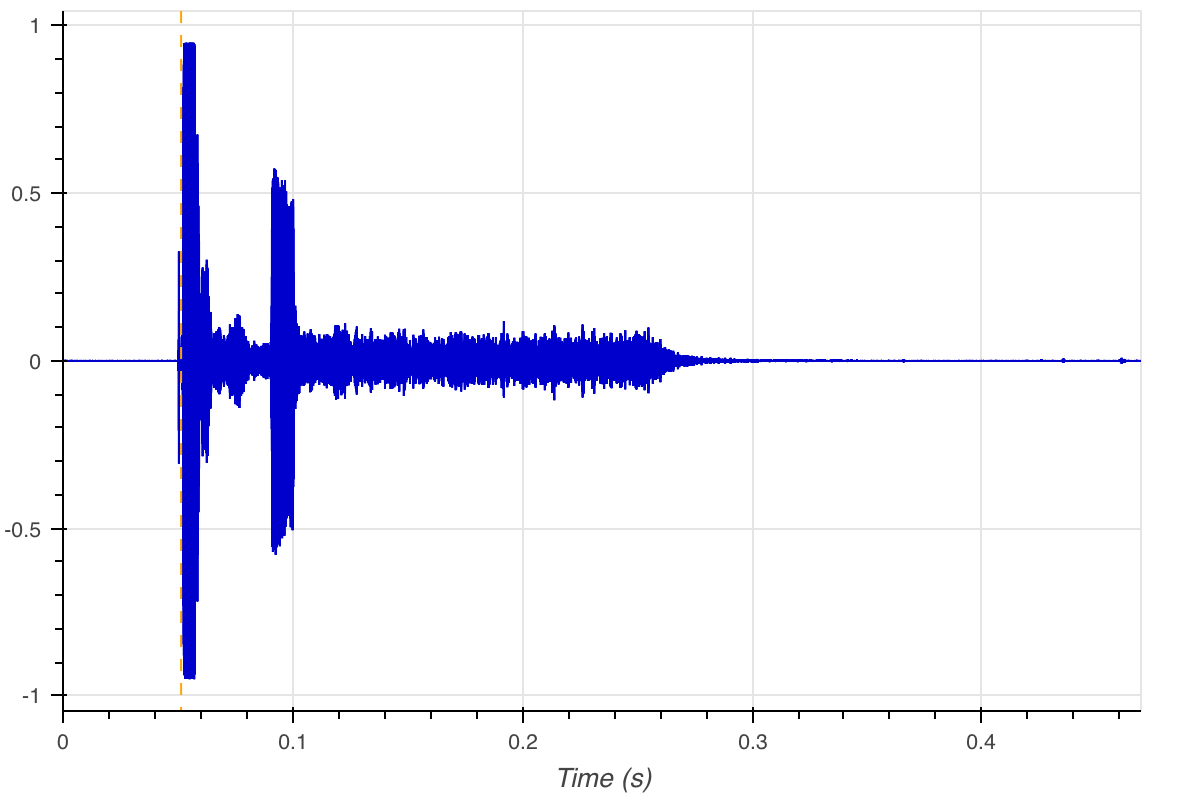 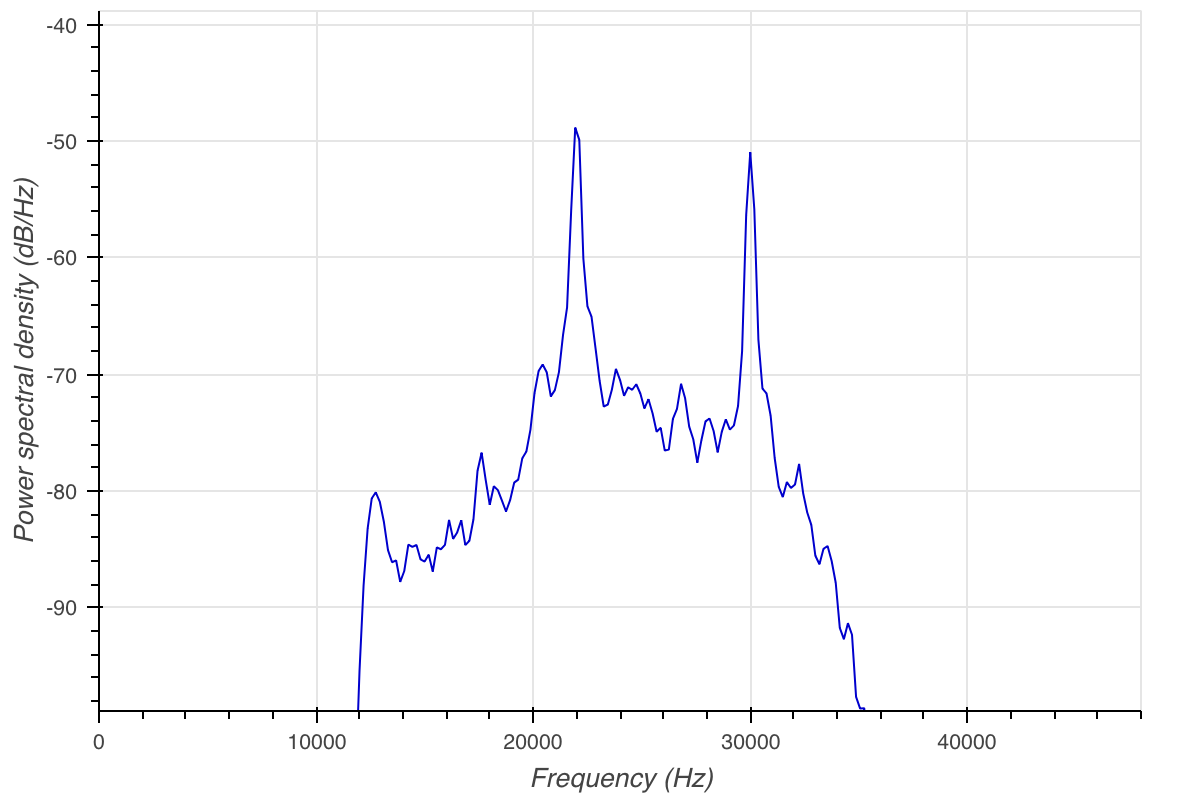 In order to isolate the response signal, we pass it through a bandpass filter.

The next step is to identify the first sample from the received signal. For this, we shift the start of the received signal by txStart + transponderDelay, generate a Hilbert envelop of the remaining signal and do a threshold (which is half of sample with maximum value) detection. Both txStart and rxStart is marked in the plot. 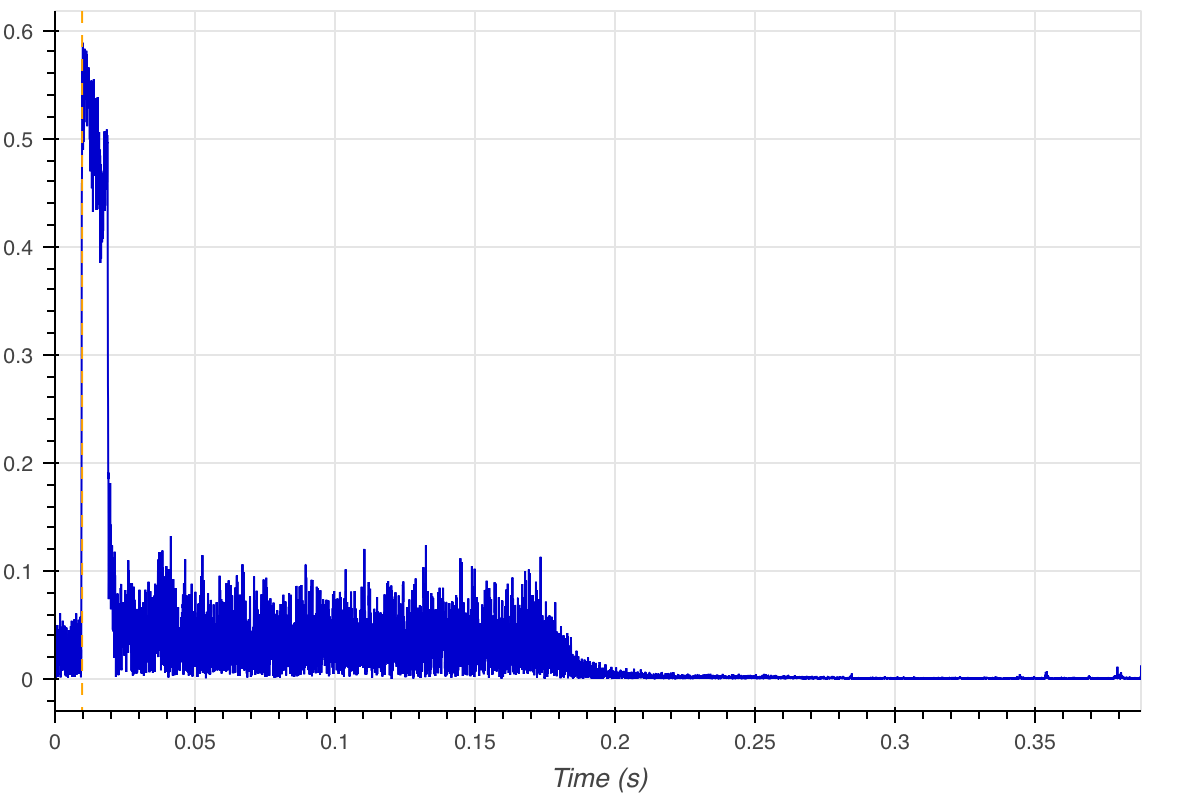 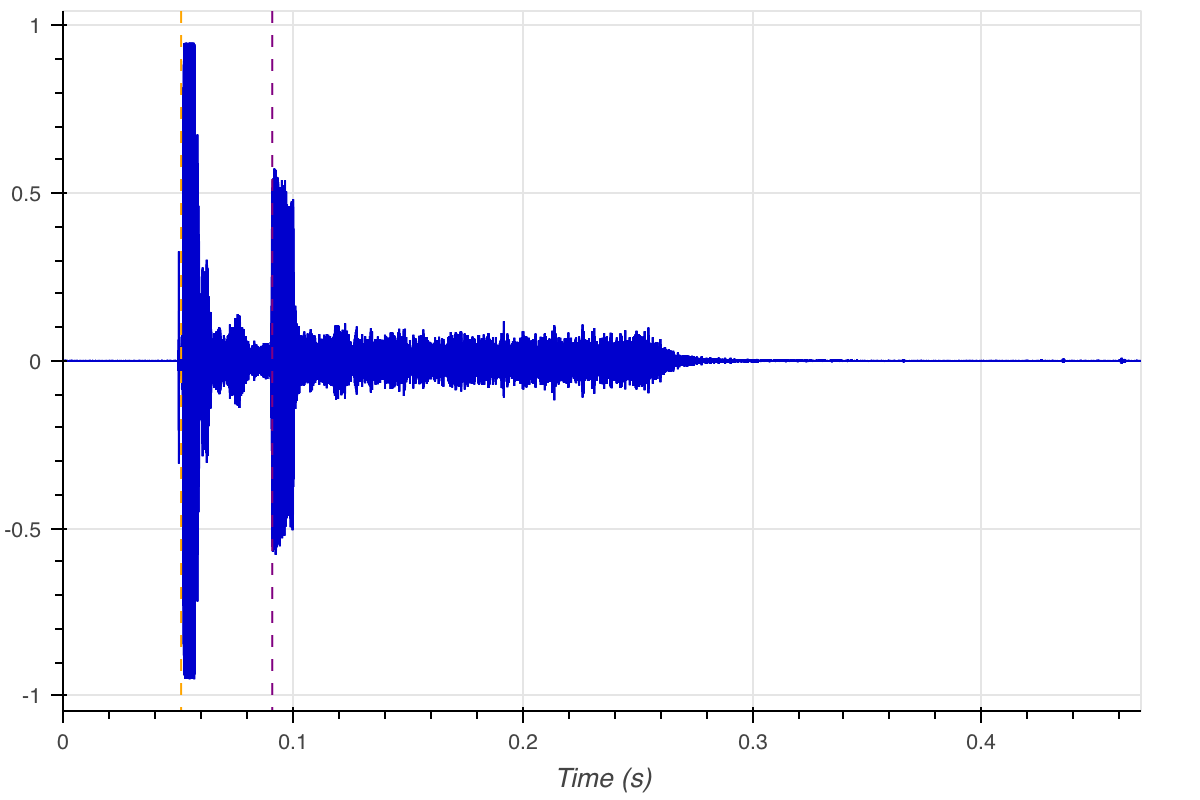 Now that we have the txTime and rxTime, we can calculate the range.

The values given above, is from a test conducted at the Adriatic sea, during BTS 2018. 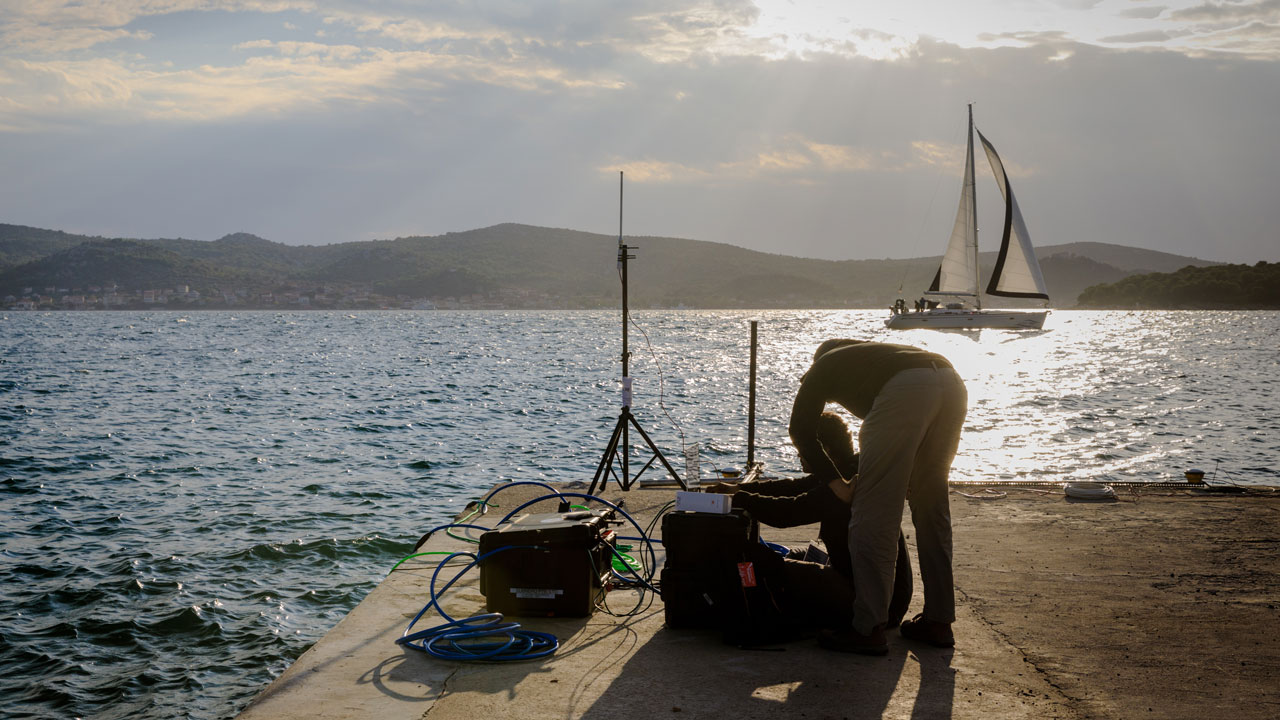 Once done, shutdown the modem